I have been researching a lot on if there are ways one can make pizza dough without yeast and to my disbelief, Yes, actually you can.

If you do not have yeast and still want to make a pizza dough then behold as you can do that now without using a lot of yeast and just using a few basic ingredients from your kitchen.

So, if you are looking for the exact recipe then this is the right place to get started with as the recipe we are going to discuss here is pretty simple and easy to follow.

Since this pizza dough recipe does not have yeast, it is important that you follow the ingredients perfectly in order to get the desired results. 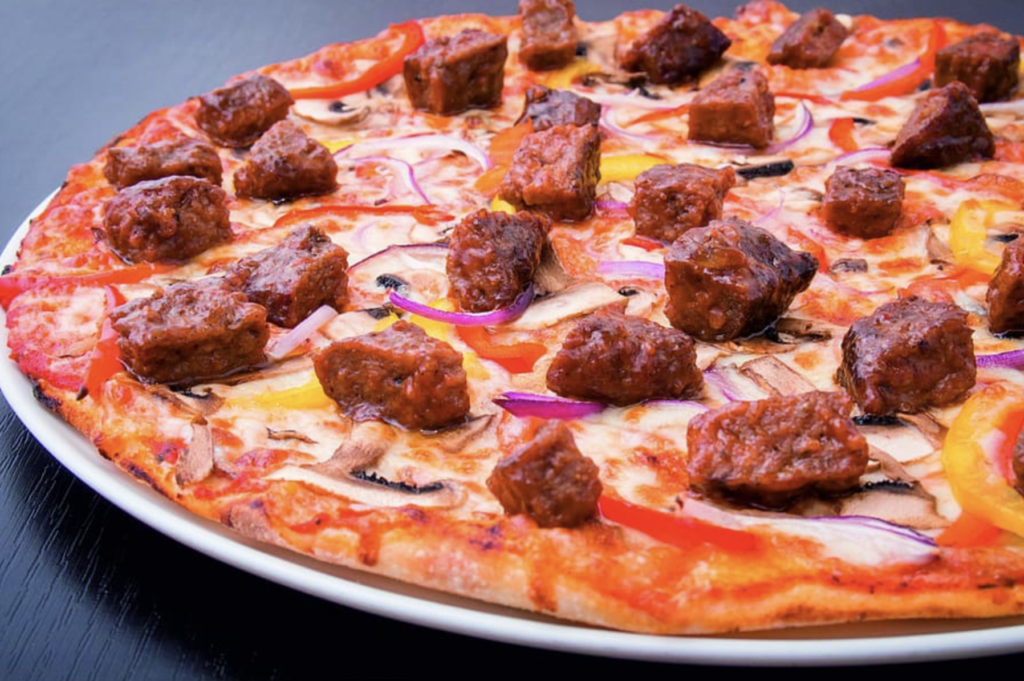 In this post, I would be discussing a few recipes and the ones that I liked a lot and felt that the results were as good as the pizza crust that you would get without using yeast.

So from all the different recipes that I have come across, something that was dairy-free was this one where all you had to do was replace the yeast with some baking powder.

Doing this, you are going to get that rise in your dough but not as much as yeast and it does taste similar to bread.

But overall since the pizza crust is thin, it does taste good and you can say almost like the normal crust but there is something amazing about yeast that cannot be replaced in my opinion.

This recipe is pretty good enough for someone who is short on ingredients and just wants to enjoy a decent pizza without being bothered about achieving perfection.

However, in my personal opinion, I do not like the taste of this pizza and I never make a pizza without yeast this way, the recipes that I have discussed next are the ones I would go for but in case this is something that is the most convenient to you then you can surely go ahead and try this one out.

Ingredients required to make the Pizza

1. Mix one cup of flour, 1 tbsp of baking powder, and 1 tbsp of salt till you get a nice dry mix.

2. Now take some water and add oil to it and mix this with the dry mix and start kneading a dough.

3. Once you are done kneading the dough, you can directly roll out the pizza dough on a pan as it does not require to sit for a while to rise since there is no yeast.

4. You can roll out the pizza dough on a pan and make your pizza and pop that into the oven for about 10-15 minutes. The Pizza crust, in this case, is not going to go brown like in the case of the crust that you get with yeast.

Pro Tip: You can try to knead the dough once you are done with making the ball as that would help in the formation of some gluten strands and make it more like the typical pizza dough you get using yeast.

Do not expect the dough to double in size because that is not happening with just baking powder.

Instead, the crust remains white and that is partly because the gluten bonds are not perfectly formed which helps in making the crust crispy and tasty.

This anyway would be my last option and most probably I would not do this recipe ever since there are better alternatives that we would be discussing below that would give you some really amazing pizza crust which is almost similar to the crust formed by yeast.

The fact that in this recipe we are using a mix of baking powder, baking soda, and yogurt makes it one of the best recipes that one should try out especially if you want to make a delicious pizza crust.

The recipe is pretty easy to follow, just that you need more ingredients in comparison to the previous one. Is it better than the one that you get by using yeast- Absolutely NOT!

But it is definitely a much better alternative to the pizza crust recipe shared above. Follow this recipe perfectly and you would get an amazing pizza crust that is very close to the one that you get when you use yeast in the pizza dough.

1. Mix all the dry ingredients in a bowl which includes the flour, baking powder,  baking soda, and salt.

2. Now add the yogurt, olive oil, and water. Start kneading the dough and make it into a ball.

3. Now you can knead the dough for about 10-15 minutes. This would help in the formation of gluten strands and although it won’t be a lot, it would still be there.

5. Once this is done you can roll out the dough and make your pizza bases and decorate it with the toppings of your choice.

This is probably the second-best way in which you could make the pizza crust, the first best way being using yeast in the pizza dough.

This method gives you a pizza crust which is pretty close to the pizza crust that you get while you use yeast in the dough. The first method where you use only baking powder causes the curst to just rise.

And although the taste of the pizza using the first method is not that bad, it tastes more like bread which is just not something I want to taste with my pizza.

You do not get the crispy crust as you do with the yeast and the second method discussed above. A pizza crust should turn golden brown and that would just not happen with the first method that is being discussed in the post.

I would recommend that you either go for the second method if possible with just two additional ingredients being the Baking soda and Yogurt.

If you do not have baking soda then you can try making the recipe with Baking Powder and Yogurt and you would still find some good results with it.

I always prefer using yeast and if you get yeast from the right company and store it in an airtight container then it would not spoil quickly.

This way you can use the yeast for a long period of time. Using yeast while making pizza dough is mandatory for me so I just cannot miss that part as it is crucial for me to do it so that I get the best pizza ever.

There are so many reasons I would never switch from using yeast and that is because of the outstanding results that I can get from it.

Since the yeast really doubles the dough, I can make really thin crusts with ease and that makes the pizza dough perfect to make Neopolitan pizzas.

But if you are in lockdown or have very limited resources then this is probably the best way to go about making pizza dough and you are definitely not going to be disappointed with the results.

Try both the recipes and let us know what you think in the comments below!