Neapolitan Pizza is the most sought after these days, but there are so many other pizza styles and the Sicilian Pizza, Chicago Pizza, NY style, Greek Pizza that it just gets difficult to keep up.

If you are here for some history on the Neapolitan Pizza and Sicilian Pizza, then you have come to the right place.

Both these pizzas are different from each other. The major difference between the two has to be the fact that the Neapolitan Pizza comes with a thin crust along with some toppings. 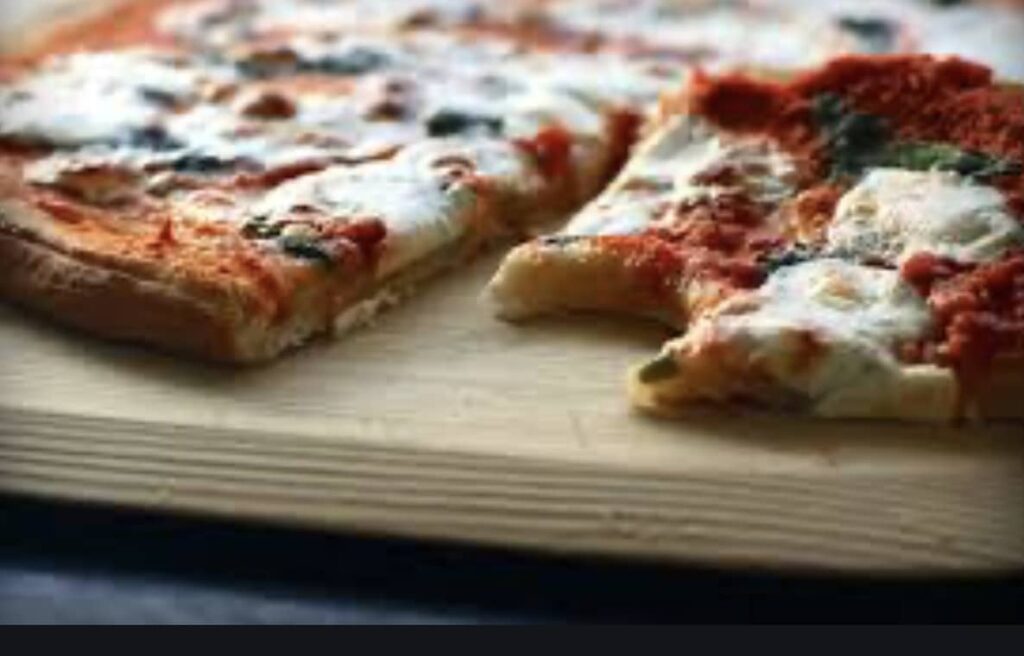 Neapolitan Pizza has very basic ingredients. The pizzas that are usually made inside a wood-fired pizza oven with homemade dough and some sauce along with a few chunks of mozzarella are considered Neapolitan Pizzas.

This is a close enough/modern definition of the Neapolitan Pizza. Still, suppose you are looking for what exactly the Italians meant with Neapolitan Pizza. In that case, it simply means preparing a fresh pizza with homemade fresh dough and without any fancy toppings.

A basic pizza where the dough’s taste and the freshness of all the ingredients steal the show. 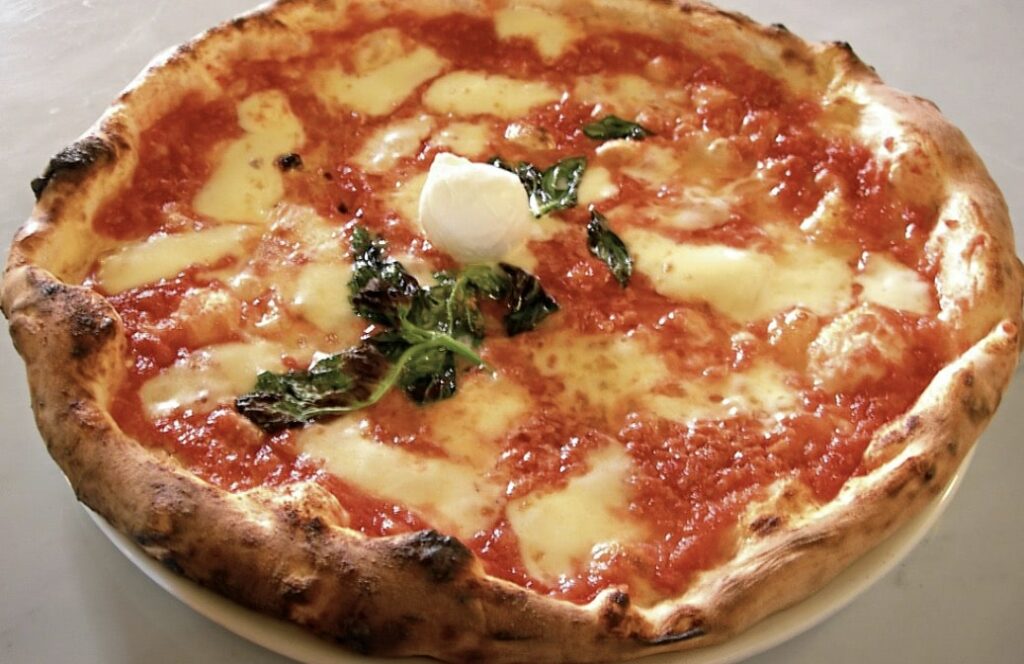 Sicilian Pizza is very different from Neapolitan Pizza. Originated in Sicily, this Pizza has an extremely thick crust, and the crust could be as thick as 1 inch.

The Pizza topped with lots of sauce, cheese anchovies looks delicious. The Pizza will have a bread-like crust, which makes it distinctly different from the classic Neapolitan Pizza.

This Pizza is flat and stiff because of the thin crust, and you would not need to do the classic Neapolitan Pizza fold that we usually see.

Overall, the Sicilian Pizza is more seasoned with herbs and comes with some strong flavors.

Many places serve this Pizza in a circular shape, but usually, they come in square shapes, and this makes them very different from most of the classic pizzas out there.

The cooking style involved with both the pizzas is completely different as well. Well, the dough in the case of a Neapolitan pizza comes with the leopard sotting, for which you have to cook the pizza inside a wood-fired pizza oven.

The temperatures needed to cook this Pizza are extremely high, and ideally, you need a pizza oven that could reach temperatures of about 800-900 degrees Fahrenheit.

Yes, these days, you can get a portable wood-fired pizza oven, and a few of them are the Ooni Pro, Roccbox Pizza Oven, Ooni 3 Pizza Oven.

These ovens make authentic Neapolitan pizzas very easy as it takes less than a minute to cook a pizza inside these ovens. You can set it up on a countertop in your backyard and get started with the cooking.

You do not need to do any assembling with these pizza ovens, making it even easier to get started using them. Hence, it is no longer a compulsion to own a bulky brick pizza oven to enjoy the homemade Neapolitan style pizzas. 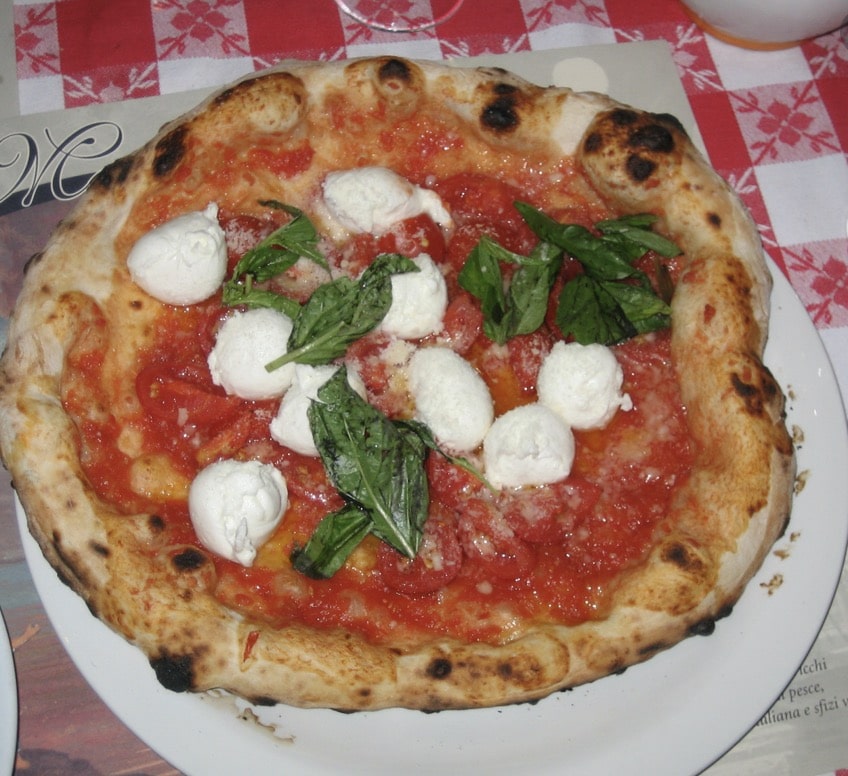 There is a detailed post on different kinds of wood that you can use in a wood-fired pizza oven, which you can go through if interested more in this subject.

One should consider that people even use wood pellets to fuel a wood-fired pizza oven these days. It is more efficient and easier to use, as well.

Does it affect the taste of the Pizza? Yes, mildly, but yes, it does. Using different kinds of woods can render different flavors to your Pizza, so you might want to consider the kind of wood you are using to make your Pizza.

Traditionally woods that you get locally are the best to use, and you can even use woods from seasonal trees. Just make sure that they have low moisture content so that they burn better without leaving any residue.

Cooking Sicilian Pizzas is easier than the Neapolitan once. You do not require any high-temperature pizza oven; you can cook these in the range of 450-600 degrees Fahrenheit, which means it’s possible to cook them inside a home pizza oven.

The pizzas have a bread-like spongy texture, and you are going to find it easier to cook this kind of Pizza at home. Cooking the Pizza can take a longer time in comparison to cooking the Neapolitan Pizza.

You have to notice that the crust, is also going to be thicker than that in the Neapolitan Pizza. The sauce and everything are a little different, so let’s discuss this Pizza in more detail in the next section. 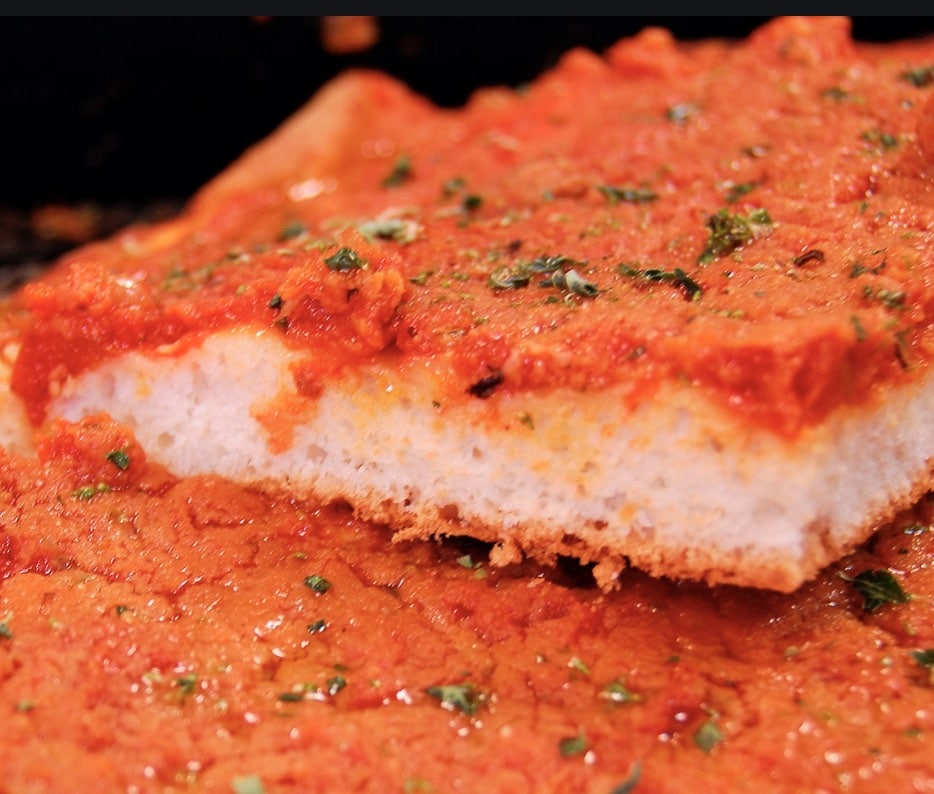 The Difference in the Ingredients

The ingredients of the Pizza are not very different from each other. However, the fact that you are cooking them at different thicknesses and different temperatures is what matters.

There is a difference in the flour quality; the Neapolitan Pizzas needs very high-quality flour while Sicilian Pizza is made with regular flour.

The sauce on the Neapolitan Pizza has to be homemade, and you need to make it with fresh tomatoes to get that taste. Neapolitan Pizza is all about making the Pizza with the best high quality and fresh ingredients.

The Sicilian Pizza consists of a thicker tomato sauce in consistency, and along with that, you can add some anchovies and a few other toppings.

The toppings are not going to get overloaded like most of the pizzas you find out there. Instead, you would have some toppings and a little cheese to go with it.

To sum it up, the cooking time is longer with the Sicilian Pizza, and you can easily make it inside your electric home oven. But the Neapolitan Pizzas require a wood-fired pizza oven that would reach high temperatures.

Both the Silician and the Neopolitan Pizzas are unique in their way and depends on which one you prefer. It is a personal choice, and I personally love the Neapolitan one as it is simple, yet the Pizza’s taste is so amazing.

The Sicilian Pizza has evolved in few parts of America and you might feel like the Chicago Style Pizza is very much similar with the added filling in the crust. However, that is just a whole new level of cheesiness.

The Neapolitan Pizza is growing in popularity, and people are modifying it and adding a few toppings on it to give it more variation and a different taste.

There are so many pizzerias that even have pizzas that loaded with toppings. Even though they are not going to be like the traditional Neapolitan pizzas like they were back in the day, they taste really good, and no one can resist them.

There are so many different kinds of pizzas out there that you will take a while to try them all. The Sicilian Pizza more or less feels like a piece of bread with toppings and if you are someone who would like that, then go for it.

However, some pizzas are square but feel like they are between the Sicilian and the Neapolitan Pizza. Pizzas have now evolved so much that people just say thin crust or a pan pizza with a thick crust.

Try out these pizzas, and let us know which one is your favorite!

Previous Post: « Best Rotating Pizza Peels 2020
Next Post: What is an Artisan Pizza?- Everything you should know. »