There are many misconceptions about these two types of cheese, so we are here to give you an answer to the age-old question, what are double and triple cream cheese, so stick around.

Many stores or cheese shops often advertise their cheese products as double or triple cheese. This term brings something to mind that is not necessarily pleasing to the eye when you see it.

These two kinds of cheese look very wet in general, so they do not look appetizing. However, once you get a taste of them, you will immediately know why there is so much talk.

For most people, the first thing that comes to mind when they hear the word triple or double cheese is the taste and texture of the cheese that comes from the wet and creamy cheese.

The general assumption about these cheeses is that they both have a soft texture that easily spreads on bread or crackers. People also tend to look at the flavor as buttery or milky.

However, there are more specific descriptions of these two types of cheese. We usually assume the ones are not necessarily wrong, but they are too general, so here is what they are.

What Is Double And Triple Cream Cheese?

It is common with these two types of cheese that they have extra cream before finishing the process. The cheese brands put the cream before the curd of the cheese forms.

Some laws protect the authenticity of these types of cheeses in France. That means that there are specific classifications to consider double or triple cheese. 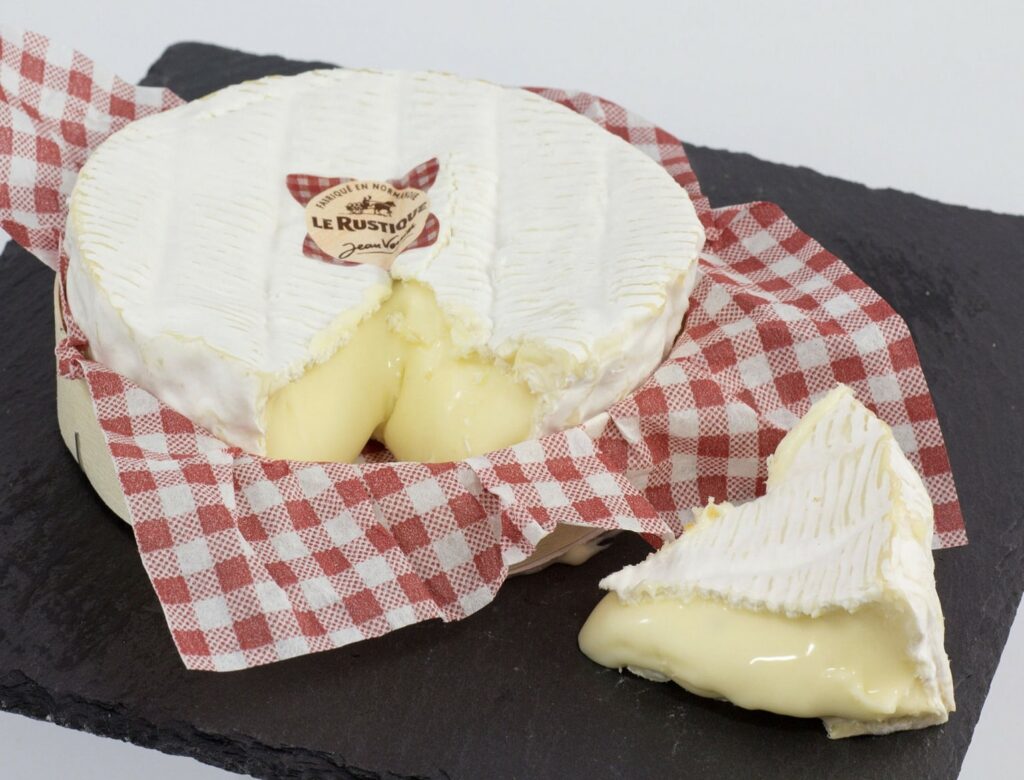 So before the milk is coagulated, the cream is added to get that extra layer of fat or creaminess. This is also the reason why double and triple cheese does not develop as hard as others.

The double cream cheese was first made over 150 years ago. It was first made in the 1850s and was initially called Petit Suisse. There is no clear mention of who made the cheese.

Double cream cheese contains that much fat because of the extra ingredients put into it. It is also not aged as long as other cheeses, so it does not release those fats.

So two main factors affect the process of double cream cheese. First is the fat content of the extra cream added to the milk and then the aging process of the cheese itself.

Triple cream cheese was made years after they made double cream cheese . Both types of cheeses came from Normandy and were since then produced by many cheese companies.

So basically, 75% butterfat is where you distinguish whether the cheese you are eating is double or triple cream cheese. That is the most obvious difference between the two.

But Isn’t That Too Much Fat?

This was also my reaction when I first discovered these two types of cheese. However, the information you find on the internet alone can be too general and, therefore, is misleading.

The butterfat that the producers talk about is only on the FDM or the fat in the dry matter. This is where you get the measurement of the fat content of each type of cheese on this comparison.

Fat in the dry matter refers to the fat percentage within the cheese when you remove all the moist and liquid components in it. So it is not all the fat that you get on the whole cheese.

Given that double and triple cream cheese is pretty creamy or wet, there is not as much butterfat as you think. They match most of the cheeses that have drier appearances.

There are times where double and triple cream cheese has high moisture content. Most of the cheese produced this way contains somewhere around 50% water.

So if you do the math, you get somewhere around 30-40% or less overall fat content with double and triple cream cheese. That is pretty much the same as Parmesan and others.

Which One Should I Get?

Here, we have a few suggestions for the best double and triple cream cheese that you can find. They can be hard to find if you want the authentic ones, but they are worth the hassle.

This French Brie cheese was first made in the French region of the same name. Famous for its creamy texture and earthy flavor, if you want to know how to serve it, best pair it with wine or on cheese platters.

It is also quite similar to the Italian version called Mascarpone as it is not the softest type of cheese but it is also not hard.

It has a nice pale yellow color that is perfect for eating with beverages. There are also hints of herbs that come with this cheese and the nutty and sometimes mushroom-ish flavor.

This double cream cheese is similar to the double cream Brie cheese in processing, flavor, and texture. It is made from cow’s milk and has a very rich flavor with a more pleasing texture.

While it has a similar earthy, mild, and creamy texture, there are drier versions. This is when the cheese undergoes a process called ultrafiltration to remove some moisture.

It has a rather silky smooth texture instead of the runny texture you would expect in most double cream cheese. This makes it a little confusing as it is also like triple cream cheese.

If you are looking for great bands, the Fromagerie Guilloteau company produces it, and if you want double cream cheese with a slightly more firm texture, then this one is the perfect choice for you and your taste buds.

This triple cream cheese is a very familiar one, especially to cheese-lovers. It looks like clue cheese which is almost always associated with elegance and high-end types of cheese.

It is also made from cow’s milk and is soft-ripened to get a silky and slightly creamy texture. The cheese has that stickiness to it and some fruity or velvety taste when you take a bite from it. 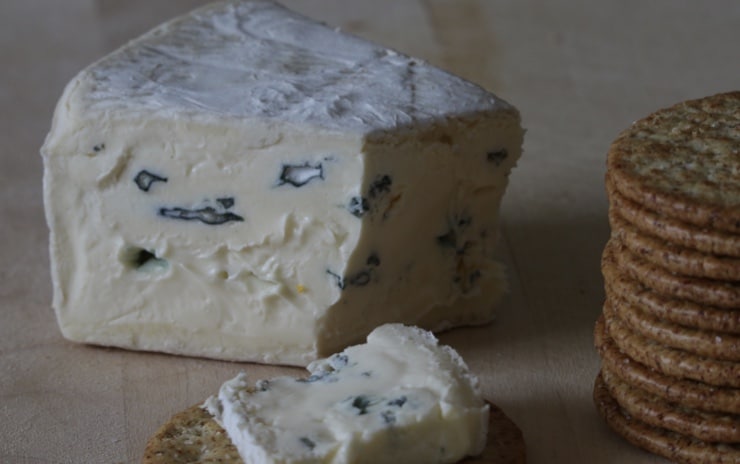 There is a hint of tanginess on the cheese when you get some of the molds from the cheese. This gives its unique taste and texture that I am sure you would love with some drinks.

This cheese is the more modern version of the original triple cream cheese, or at least it is what we usually see now. Made with cow’s milk, this cheese has an overall 40% butterfat in it.

Unlike most cheeses, this one does not have that hard rind that we are used to seeing. Instead, one of the distinguishing characteristics of this cheese is the puffy outer parts or bloomy rind just like St. Andre cheese. 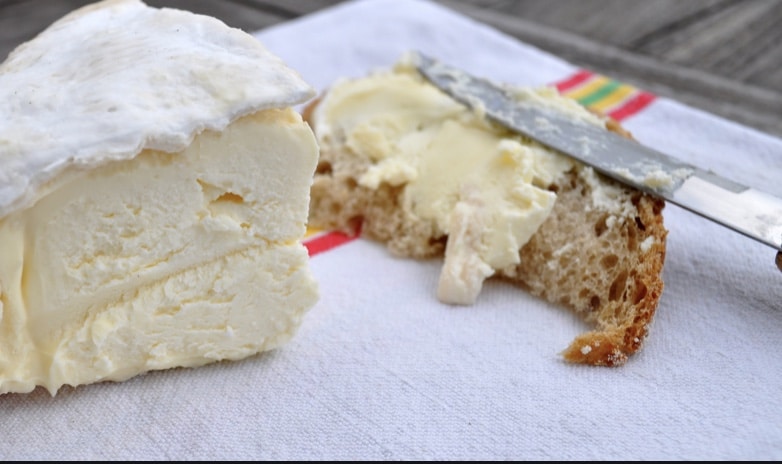 If you are wondering how to serve it, the cheese pairs well with bubbly champagne or other beverages as well as pastry recipes. It has a combination of slight sweetness and saltiness to its flavor for your recipes.

Double and triple cream cheese is perfect for your snacks or even bigger recipes if you have some friends over. They taste great, and although they might not have a pleasing look, they are delicious.

Some experts suggest that you eat double or triple cream cheese with shaved truffles to add more earthy flavors to it. However, that can be too much as they are already expensive enough.

I suggest going with your favorite toasts or crackers as the silky, sometimes creamy texture of the cheese is always great with some carbs. You can also have some wine or champagne on the side!