Pizza is a very versatile recipe where you can put as much and as few ingredients as you want. In this Pizza Sauce and Pasta Sauce post, we will see what is the difference between them.

Everybody loves pizza, I think that is a given fact. However, not everyone is equipped with the right skills and cookware to produce the best pizza every time that they cook one.

It is a very easy recipe and one thing that makes it that way is that it can be whatever you want it to be. The ingredients are virtually unending and you can choose anything you want to put.

Most experts will say that the most important part of the pizza is the crust. While that may be true, we cannot ignore the importance of the other ingredients such as the sauce that you use.

The sauce is very important because it is the binding flavor for all of the other ingredients. It is the general flavor that you taste in a pizza so it should be made the right way.

If your sauce is bad, then the overall flavor of the pizza will be most likely bad too. So it really is important to make sure that the sauce you use is perfect for all the other ingredients. 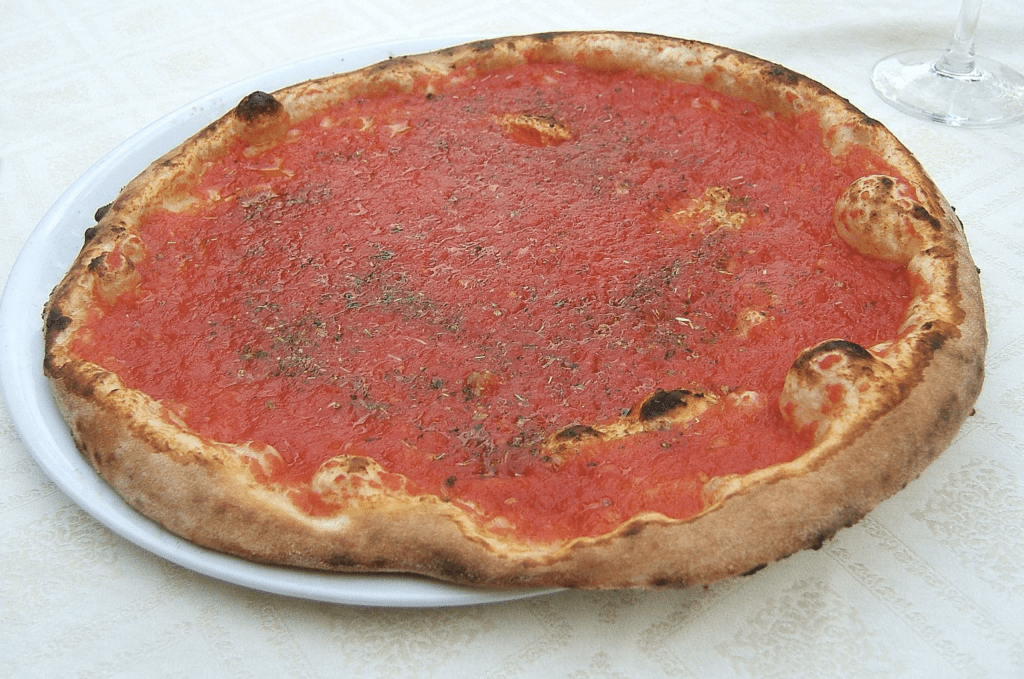 Pizza sauce is obviously the most viable sauce to use on your pizza but then other sauces have been used in some and it has caused some talks about which one really is the proper sauce.

Pasta sauce, while it may look exactly like pizza sauce, is actually different. This post will discuss everything that you need to know about the differences between pizza and pasta sauce.

So if you are wondering whether you can use pasta sauce on your pizza and pizza sauce on your pasta, read on as we get to the details of what exactly makes them different from each other.

The Main Difference Between Pizza Sauce and Pasta Sauce

While there are some minor details on what makes these two sauces different from each other, there is this big difference that we need to talk about to clarify it right away.

Pizza sauce is an uncooked sauce or simply made with pureed tomatoes. Pasta sauce, on the other hand, is also made with tomatoes but it is actually cooked before storing it in a jar.

The pizza sauce comes with the freshest ingredients such as tomatoes and other spices. It is a mixture usually of tomatoes, salt, and pepper which makes it a bit spicier than pasta sauce.

Pasta sauce really depends on the style of cooking that you want. While others prefer sweetened sauce, other people might prefer spicier ones for their pasta.

Pizza sauce is mostly made with spices but not all pizza sauces are spicier than all pasta sauces. So it really is about the process of how they are being made that makes the difference. 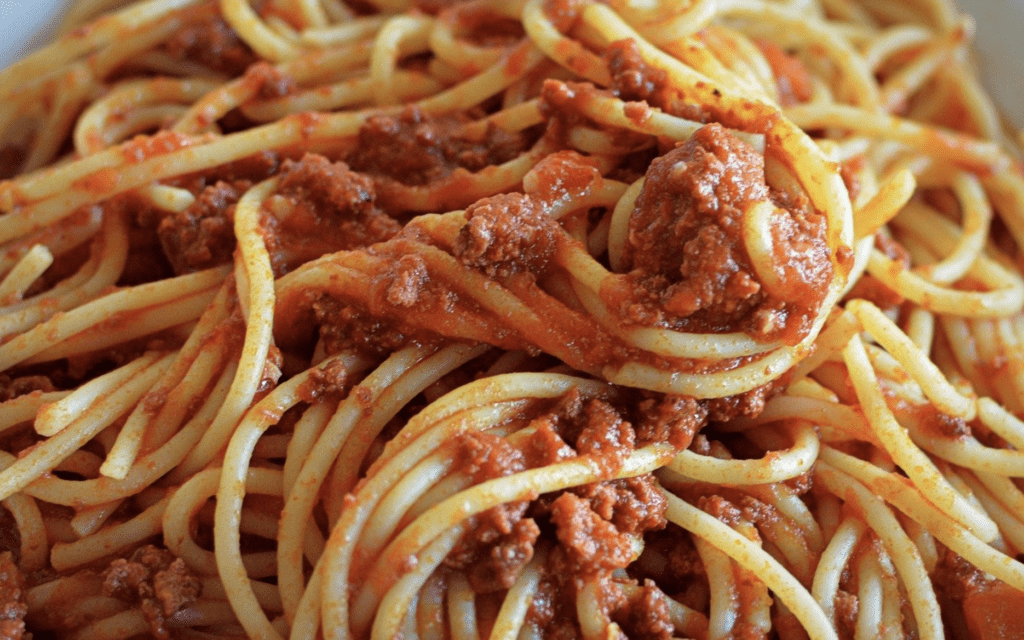 The common pizza sauce is as simple as it can get. However, if you want to make your own sauce, you can add other ingredients such as garlic, oregano, and red wine.

These are a few of the many options that you can put into your pizza sauce. The confusing part is that you can also use these ingredients in your pasta sauce when you make one.

So the process makes the difference since you can just store the pizza sauce right after you have mixed the ingredients that you want, while you need to cook the pasta sauce first.

So Why Is Pizza Sauce Not Cooked Before Storing?

Allowing the ingredients to mix all their flavors with each other before cooking actually makes the pizza sauce better. It preserves all the fragrant aromas of the ingredients for storing.

When you lock in those flavors in a jar, you will get a sauce that is sort of zestier, and lighter. These flavors are also preserved even after you have baked the sauce in the oven.

If the pizza sauce is not cooked before storing, the tomato-ness of the sauce will be noticeable in the pizza. That is why it combines really well with other ingredients especially meat toppings.

Cooking the sauce will allow the other ingredients to just evaporate and along with that evaporation goes the spices and other flavors that you have put into the pizza sauce.

A pure mixture of fresh ingredients will also make the sauce thicker. The ingredients have not been reduced so all the thickness of the tomatoes is there which makes for better pizzas.

Since pizza sauce is spread on the pizza thinly, you need it to be as flavorful as it can be. So even if you put a very thin layer on your pizza, the sauce will still bring that flavor that you want.

The raw sauce will also have a tangy flavor that compliments the oil and cheese that you use in the pizza. So if you make your pizza sauce, do not cook it before storing it in a jar. 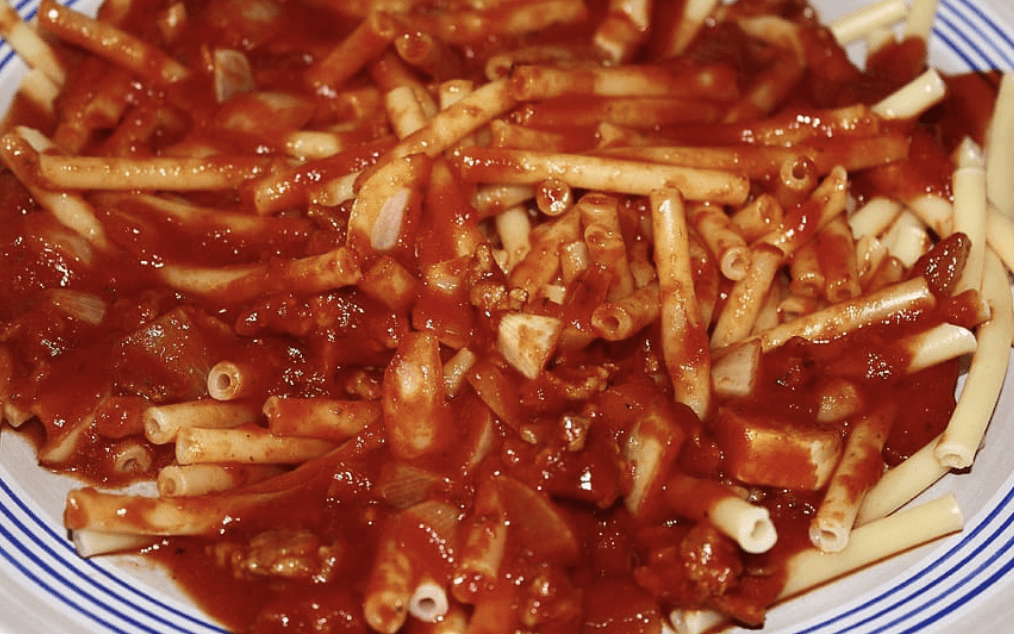 Why Is Pasta Sauce Cooked?

Pasta or Spaghetti sauce is made with crushed tomatoes instead of pureed ones. This enhances the water content of the sauce and, therefore, it is noticeably thinner than pizza sauce.

Pasta sauce needs to be thin so that it can coat every inch of the pasta. This in turn will give you a more flavorful recipe that comes with flavor in every bite which only makes it better.

It also contains more herbs and ingredients than pizza sauce. Pasta sauce is usually made with basil or bay leaf along with other ingredients that you think might add more flavors to your recipe.

Pasta sauce is also usually chunkier than pizza sauce. Yes, the tomatoes can be pureed in a pasta sauce but it usually has more tomato chunks compared to the smooth pizza sauce.

Another reason why pasta sauce is cooked is that it also contains meat. That is not a universal recipe but most pasta sauces have sausages or ground meat mixed in them.

If you do not cook it before storing, the meat will not be cooked along with the pasta. So you need to at least simmer the pasta sauce, leave it until it cools down and then store it.

Can I Use Pasta Sauce In Pizza?

See, the watery consistency of the pasta sauce might damage the integrity of the crust. When baked, the water will seep into the crust making it soggy for most people.

However, it is all about preference, if you and your guests prefer a soggier crust, then it would be good. Pasta sauce can make the pizza great as it has more flavors in it.

The thing is, you can put more flavors on the pasta sauce. Therefore, there would not be a need for putting too many toppings on your pizza, it just makes the pizza more flavorful.

If you also decide to use pasta sauce in your pizza, you also need to make the process of making the sauce a bit different. You do not want too many tomato chunks on your pizza.

The tomatoes that you use in your pasta sauce when you want to put it in your pizza should be pureed to remove as many chunks as you can and make the sauce thicker.

Can I Use Pizza Sauce On Pasta?

This is a bit trickier because it will involve other processes before you can use pizza sauce on pasta. But the answer is yes, you can cook your spaghetti or pasta with pizza sauce.

This process will give you more options as to which you can mix with the pizza sauce. You can saute some garlic and meat before actually cooking the pizza sauce for your pasta.

You also need to cook the pizza sauce in a certain manner where the tomatoes reduce but the water does not escape. So cooking it will involve keeping the lid of the pan on.

This way, you can make the tomatoes chunkier but the water that escapes from the tomatoes will not go to waste. The lid will keep the moisture and make the sauce thinner for the pasta.

Adding flavors is also important because you really cannot season the pasta once you mix it with the sauce. So put all the needed ingredients in the sauce before putting the pasta.

Once the pizza sauce has reached the consistency that you want, you can then mix the pasta in it and then let it simmer for a bit while consistently mixing it to get the sauce all over the pasta. 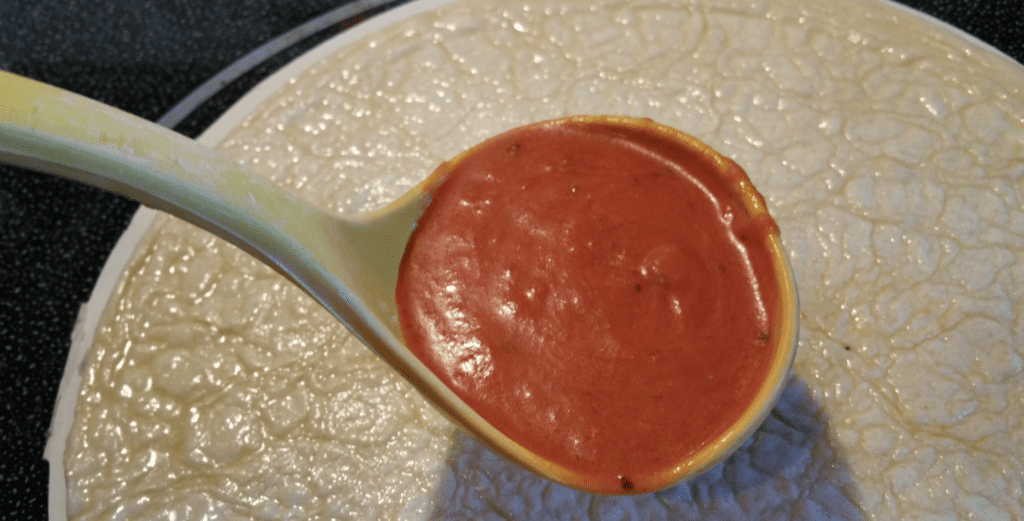 How To Make Pizza Sauce

One thing that you should remember when making your own pizza sauce is that you should never overdo it. Do not overload it with many ingredients and be as simple as you can get.

Once you have gathered all the necessary ingredients, prepare a bowl and a jar for mixing and storing the pizza sauce respectively. Here is a simple guide to making pizza sauce.

Add the tomato puree and tomato paste in a bowl and then start mixing. Make sure you get the right consistency and mix the two main ingredients thoroughly before adding the other ingredients.

Add the other ingredients such as garlic, salt, pepper, and other spices that you want. Mix them in a bowl until they are thoroughly incorporated and then put them in the container.

How To Make Pasta Sauce

With almost the same ingredients, you can start to mix the tomatoes on a blender until the water from the tomatoes starts to come out and the chunks have become smaller.

Add all your desired seasonings and then mix it well. If you want to add meat to the sauce, saute them first with garlic and onions before adding the sauce itself.

After the pasta sauce has slightly reduced, you can let it cool down before putting it in a jar. Store it in the refrigerator and use it the next time you cook your pasta.

Pizza sauce is a very delicious sauce that you can mix with common pizza toppings. The uncooked sauce enhances the flavors of the spices that you mix in with the tomatoes.

Pasta sauce, on the other hand, is more on the mild side. It has a wetter texture in order to coat all the pasta with it and make every bite flavorful.

Using these sauces on their counterparts is not impossible but you need to do the right processes in order to make the right recipe with the different sauces.

Make sure to use the simple guide above if you want to make your own homemade sauce and from there, you can cook the best spaghetti and pizza with your pasta and pizza sauce.