Ooni Karu is the newest release from the Ooni Pro Pizza oven, and this one looks a lot like the Ooni 3. It feels like the Ooni 3 has been renovated and we got the Ooni Karu.

In this Ooni Karu vs Ooni 3 post, you would be learning which pizza oven is a better investment than the other. You are going to learn a lot more on the ovens which would help you make a better purchase decision.

Ooni Karu is probably one of the best releases from Ooni considering the price point fo the pizza oven and the features. This pizza oven is multi fueled, unlike the Ooni Koda, which was a simple gas-fueled pizza oven.

Ooni has different pizza ovens designed for different needs, but the Karu seems like a one oven checks out all boxes kind of pizza oven.

The Ooni Karu is a fantastic new addition to the whole pizza ovens line that the Ooni has produced, and it is going to be exciting to compare it to the Ooni Koda, which is another recent release by Ooni.

This is going to be an interesting post, and if you have been contemplating which pizza oven is better, then read this review until the end!

The ovens are both lightweight, and you can carry it around without any help. This makes the oven a nice portable, wood-fired pizza oven that you can take with yourself on camping trips. 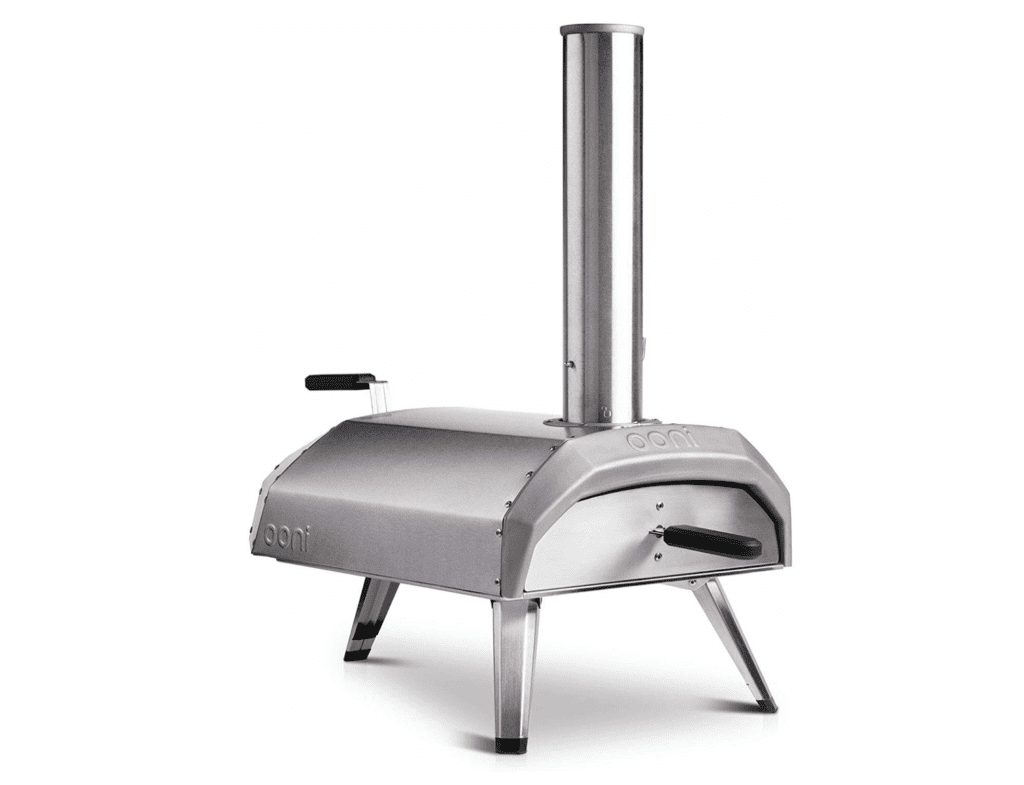 The Ooni Karu has a door that helps you cover the food, and the same follows with the Ooni 3 Pizza Oven.  The main difference in the design has to be the cooking space, along with a few other differences like the fuel burner.

Ooni 3 is a pretty small pizza oven, although it does not affect the overall heat retention of the pizza oven. The Karu is larger, which means more cooking space that would eventually mean that you can explore the oven by cooking more dishes.

The Karu is lightweight and as it weighs not more than 12 kgs making it a portable outdoor pizza oven. The Woodfuel burner in the Karu is more spacious than the Ooni 3 pizza oven making it efficient than the latter. 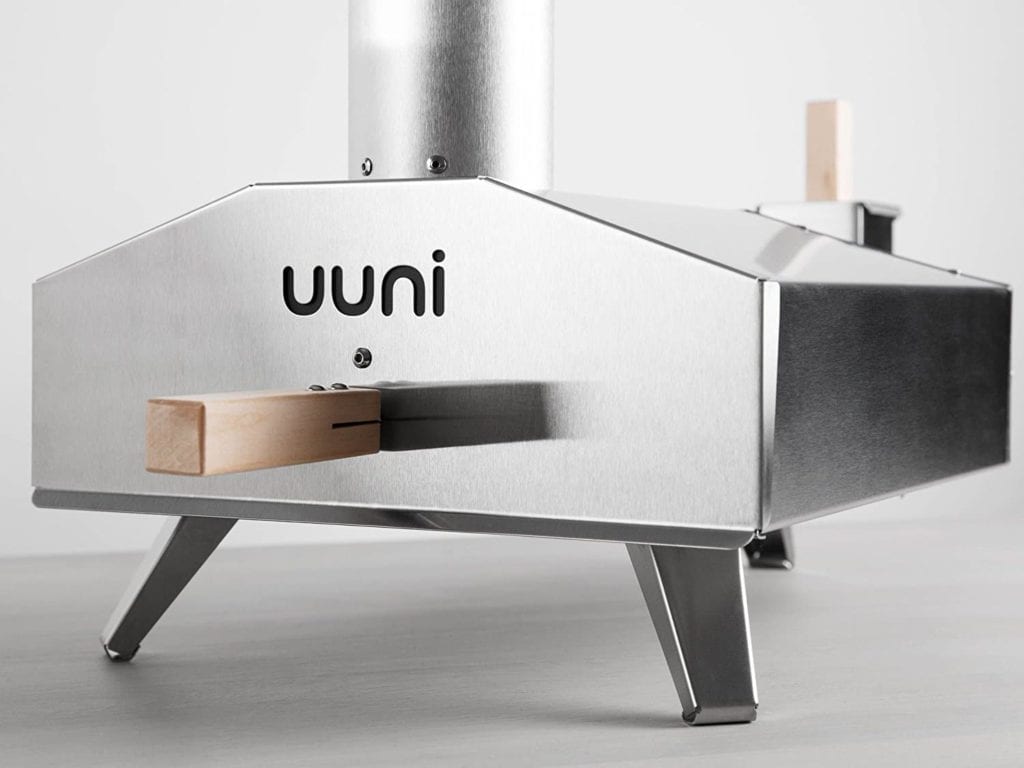 The Ooni Karu is a much-advanced design than its previous Ooni Pizza Ovens that were initially released, making the heat retention and the wood-burning more efficient.

You can cook anything inside the Ooni Karu, giving the pizza oven a lot of versatility. The Ooni 3 is just for pizzas as the opening of the pizza oven is very narrow.

Although the Ooni Karu looks slightly more significant, the pizza oven is of the same wight as the Ooni 3 pizza oven, which leaves very little room for comparison.

Fuel used with the Pizza Oven

Both the Ooni Karu and the Ooni 3 Pizza Oven come with the wood burner making wood the primary fuel. Ooni 3 uses wood pellets, whereas you can use wood pieces inside the Ooni Karu Pizza Oven.

The wood burner is better designed in the Ooni Karu pizza oven than it is in the Ooni 3 Pizza Oven as the Ooni 3 has a smaller burning space, which is meant for the wood pellets.

The wood pellets are a good eco-friendly option, but the only downside of using this as a fuel is that you are going to feel the need to keep adding more wood pellets every 5-10 minutes. 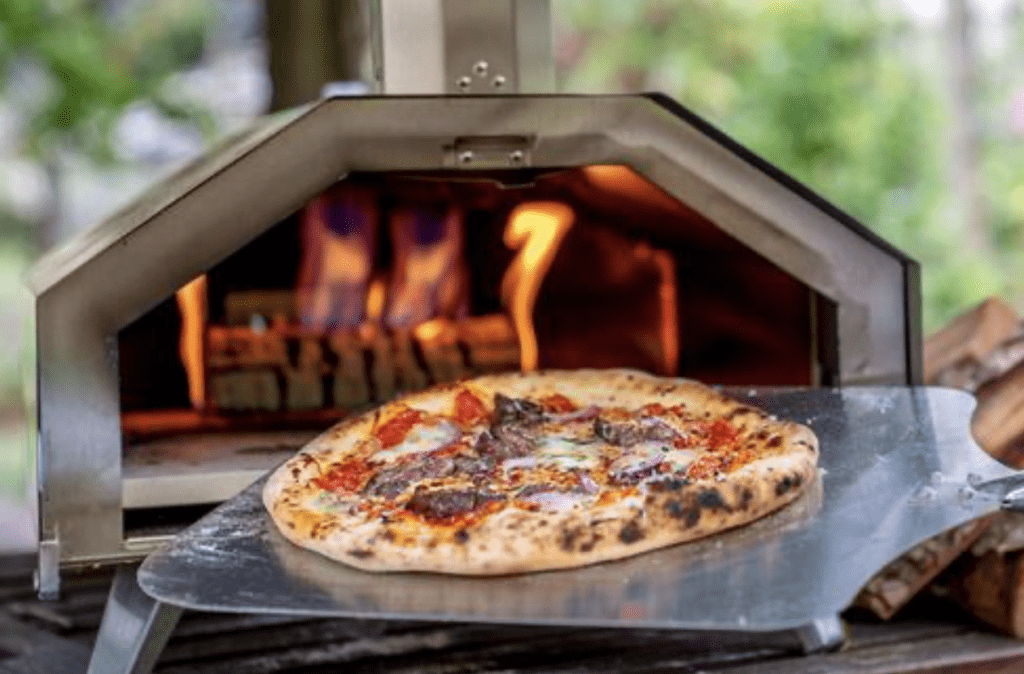 The wood generally tends to burn for a more extended period, making Karu a better option considering it has a convenient fuel-burning option.

Both the pizza ovens are multi-fueled; hence you can use them as a gas-powered pizza oven as well, and all you have to do is replace the wood burner with the gas attachment.

You need tog et the gas attachment separately for both the pizza ovens, and you can buy it from Ooni anytime you want. This would quickly convert your wood-fired pizza oven into a gas-fired pizza oven, which can be a more convenient fuel option to many.

Using the pizza ovens as a gas-fueled pizza oven feels good as you can control the temperature inside the oven easily, and you do not need to keep adding wood every few minutes.

But you do have the option of using gas as a fuel with both the ovens. Ooni 3 is an old model, and it was difficult to fix the gas attachment to this pizza oven. Things are slightly better with Karu, which is a major plus for the Karu Pizza Oven.

Cooking with the Pizza Ovens

Let’s start with the most evident difference when it comes to cooking with these ovens. The Karu has a large cooking space that helps you cook almost anything that you want inside the pizza oven.

The Ooni Karu is a pizza oven that can cook anything under 60 seconds. The same goes for the Ooni 3 pizza oven as well, both these pizza ovens cook pizzas quickly, and you can see that they come out cooked to perfection.

They have the classic Neapolitan taste that you are looking for in a pizza, and the overall taste of pizza is amazing. It gets the perfect leopard spotting along with perfectly melted cheese on top. 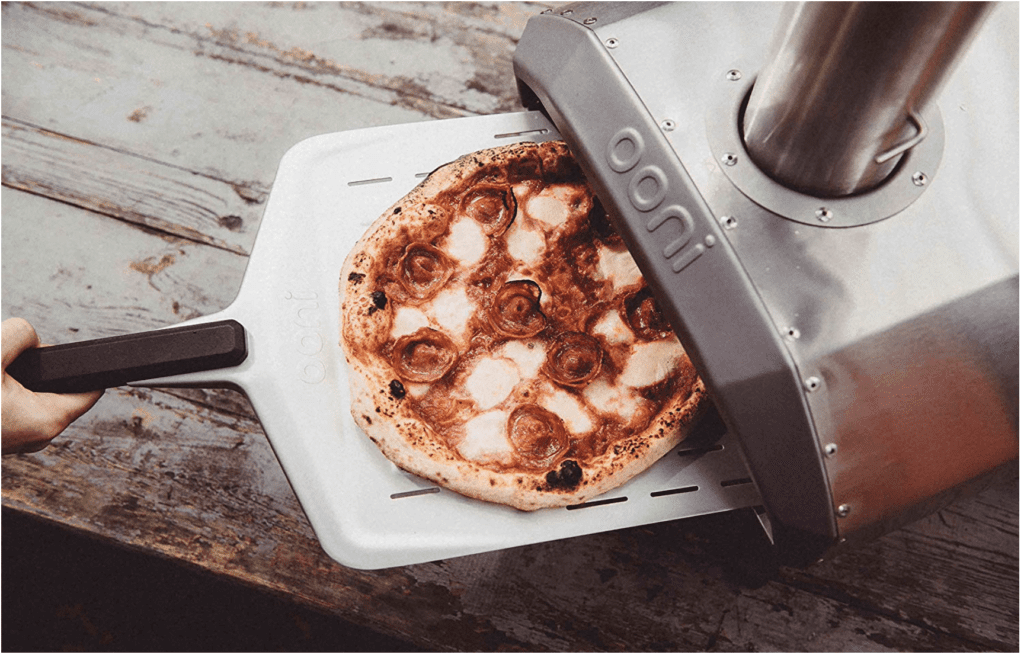 The Ooni 3 pizza oven has limited cooking space as the outlet where you insert the pizza is very narrow. The Karu, on the other hand, has a little bit more space, which means you can cook more items inside the pizza oven.

All you need is an iron skillet, and you can get started with cooking vegetables, meat, or even fish inside the oven. There are so many amazing things about this oven that it gets a little difficult to pick just one.

This makes Ooni Karu my personal favorite among the two pizza ovens.

You can even bake bread, cookies, and other items inside the oven, so there is a lot to explore. Ooni 3 is a small portable pizza oven that could cook a few things apart from pizzas, but the list is not as long as the one for Karu.

Surely, the Karu helps you to explore cooking a variety of dishes more than the Ooni 3 pizza oven.

So, which one is a better investment? If the pice is a serious issue, then you can get the Ooni 3 because now it is being sold for $200. Te Karu is $150 more than the Ooni 3, but there is a reason it is better priced.

The Karu comes with way better features than the Ooni 3. You have a better design that helps you to burn fuel better along with better ventilation and a better way to fix the gas burner attachment.

The Karu comes with more cooking space as well which means that you can cook more than just pizzas inside the oven. The pizza oven has a fair share of improvements in comparison to the Ooni 3.

The Karu seems like the winner amongst the two pizza ovens, and if money is not an issue, then I would recommend that you get the Ooni Karu right away.

Both these Ooni Pizza Ovens come with a three-year warranty when bought from the official website hence if you want some of the best deals on them, then I suggest that you check them out ASAP.

The Ooni 3 may go out of stock soon because of the decreased price so if you are someone who is inclined towards getting the Ooni 3 then you should get it right away.

There is a possibility that the Ooni 3 might b,e discontinued, although, I would need to confirm, this from team Ooni before I can confirm anything.

Check out both the pizza ovens and let us know which one you would prefer in the comments below!